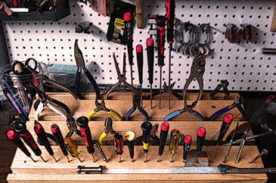 Most players find that having their instrument examined every 2 years works well. Of course, bring it in sooner if something doesn’t feel right, or there’s a problem.

What a repair tech does every two years might include a play test and a check to make sure all the pads are sealing well. Here at Charles Double Reeds we use a machine that measures how much air is escaping when all the pads are closed. It’s a test in which we plug one side of the joint, and then use a magnehelic machine to blow a steady stream of air in from the other side.  If any air is escaping, we’ll know right away.

There’s usually a bit of dusting needed, and depending on how much you’ve been practicing, the instrument might be pretty dirty. Your repair tech might simply polish and dust or they might recommend a more thorough cleaning. Cleaning before the instrument gets really dirty will extend the life of the pads, and make the whole instrument feel better to play.

Then a light oil is applied in the places where metal touches metal and moves. This usually does not need to be done more regularly. If you live in a very humid, or arid climate, oiling the keys more often might be a good idea.

You might expect a biannual examination to take about an hour. The cost can vary if parts are needed, or there is a specific problem like a crack or bent key. Ask in advance, and your repair tech will give you a quote, and work to keep it affordable.

For even more info, visit our instrument repair page. 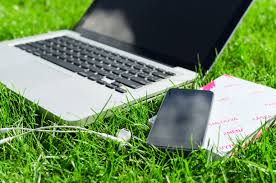 As a student, I liked to have music playing when I got down to serious studying. Headphones, speakers whatever – as long as it was music I knew and enjoyed.

Have you been told how bad this is supposed to be for you? “How can you concentrate with that racket?” was my parents’ complaint. I felt bad going against their wishes, but I knew deep inside that music helped my academic performance. I could feel it even though I couldn’t explain it.

As an adult who runs a business, I still depend on music, especially when I’m in serious concentration mode like writing copy for our catalog, doing photos for the website, or prepping for meetings.

Of course, some people are much better off studying in silence and some situations are just not good for listening while studying. A USA Today story last September reported that listening to music with lyrics is an especially bad idea when studying languages because the words of the song conflict with the part of your brain trying to understand words in another language.

Math and classical music are an example. Dr. Gray’s research found that students who listened to classical music (with 60-70 beats per minute) while studying math, scored on average 12 percent higher than without. “The melody and tone range in classical music, such as Beethoven’s ‘Fur Elise’, helped students to study longer and retain more information,’ she said. “Music in this range induces a state of relaxation in which the mind is calm but alert, the imagination is stimulated and concentration is heightened. This is thought to be best for learning.”

For those studying science, humanities and languages, Dr. Gray found that Miley Cyrus and Justin Timberlake are worth downloading. “The left side of the brain is used to process factual information and solve problems, which are key skills in these topics,” said Dr Gray. “Listening to music with 50-80 beats per minute such as ‘We Can’t Stop’ by Miley Cyrus and ‘Mirrors’ by Justin Timberlake have a calming effect on the mind that is conducive to logical thought, allowing the brain to learn and remember new facts.”

The right side of the brain is used to process original, creative thoughts, so Gray suggests English, Drama and Art students listen to emotive rock and pop music. “Songs like Katy Perry’s ‘Firework’ and ‘I Can’t Get No (Satisfaction)’ by The Rolling Stones produce a heightened state of excitement that is likely to enhance creative performance,” she said.
Of the beauties in scientific research, that we attempt to understand the world around us through trial and error – repeated attempts at achieving clarity, without presupposing what the results should be, is my favorite. That’s exactly how I came to understand that listening to music while studying works for me.

What works for you? 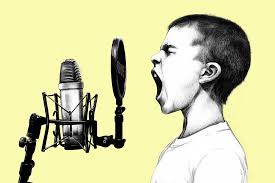 As a kid, I was unduly concerned with how radio stations get their sound to your radio. It seemed vaguely creepy – all that chatter and music flinging through the air – bouncing off and zipping right through me. Be still for a moment, and contemplate this: right now there are dozens or even hundreds of radio station signals passing through your body. Creepy, huh? I didn’t like it then, and though I’m a bit calmer about it now, I still feel restless about it sometimes.

Radio signals move through the air as vibrations. Ones that are beyond our limited ability to perceive. There’s an old joke about dental fillings picking up radio waves, but why can’t it be like that – why can’t we perceive the full range of vibrations all around us? If we could, the world would probably seem substantially different to us. I’m pretty sure we’re better off without that ability, though wouldn’t it be interesting? We have the limited, luxurious ability to perceive tones and vibrations in a specific range. And our abilities manifest in a variety of helpful and enjoyable ways.

As an amateur gym rat, I prefer to exercise using a tempo-based music track. I tune out as much as I can: the TV, the happy chatter and other distractions. I lower my cap over my brow, turn up the sound and repeat, repeat, repeat to the beat. It’s always worked for me, especially when I’m feeling less than prime. I easily slip into sync with the repetitive sounds and once on board, I’m a happy musical passenger. I’ve read that many pro athletes prefer no outside rhythm for their workouts. My understanding is that they are focused on the functions of their body, the flow of energy, the tempos and cadences of their form. Perhaps their ability to perceive inner rhythms and vibrations is more highly developed; perhaps it’s an innate gift. Maybe I’ll get there someday, maybe not. I know that my rhythms are there, it’s just that I can’t perceive them very well.
I think that music is not more noise in a noisy world. Rather, it’s that we can’t help but express what we sense. The talent of being a musician may lie in the ability to sense and make sense of the rhythms around them, as athletes can sense and listen to the rhythms within their own bodies.

I love the quote from Albert Camus, “The world is never quiet, even its silence eternally resounds with the same notes, in vibrations which escape our ears.” We all have access to the same vibrations. Our job and indeed our joy, is to respect and develop our senses to better perceive that which is around us. 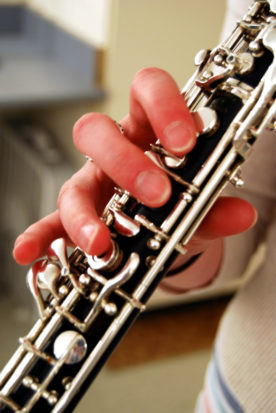 I spent a lot of my youth practicing just enough to get by. I played oboe and I progressed fast without a lot of effort. I liked that – it gave me time to do many important things, like hanging around with my friends.

Even with all that free time, I got really, really good really, really fast. Maybe too fast. There was little challenge. No struggle to get better. It just came to me. Senior year in High School I was looking at a fat envelope from my first choice school. A scholarship to music conservatory. Let’s just say the transition from High School to College was not an easy one.

In the big leagues, no effort equals no results. If you knew me in those early college years, you’d know to look for me in the school practice rooms. Turns out I wasn’t a prodigy. It would have been a lot easier that way. I was scared. I had bitten off a lot, and was choking on it – I could feel the dream of playing in a major orchestra slipping away before I even got a chance to mess up an audition.

So I practiced. And practiced and practiced and practiced. It worked just a little at first. Not fast enough to keep up, but enough to keep me going. Weeks went by.  I began to find hard to play musical passages easier. More practice: new sounds came under my control. More and more practice: I could play in tune, with nice tone, for much longer. Something happened. It started feeling less like practicing and more like playing. Less like work and more like fun.  That subtle wink when it shifted from practice to play is hidden somewhere in my memory and I can’t recall the point exactly, much as I try. If you’re in the middle of it, right where you belong, it passes by in a flash, and the moment shifts to the next and the next. It’s beautiful.

My Dad once asked me “what’s the most important thing in life” and I was all over the road with my answer. Success? Friendship? Love? Patience? Achievement?  He shook his head, smiled, and said: “Happiness.”

I was finding happiness in the results of my struggles back then. And as I gain experience, I can tell you that I also find it in the struggle itself.

I wasn’t sure my Dad had it right at the time. I believe him now. Practice as though your happiness depends upon it. The rest will come.